This is actually a very classic example of the Chaos Game, where fractals are drawn based on plotting points that adhere to a set of simple rules. Anyway, it would be crazy to see this actually work right? How does plotting random points like that make the Sierpinski triangle? Let's see:

Here I plotted 1,000 points based on the rule 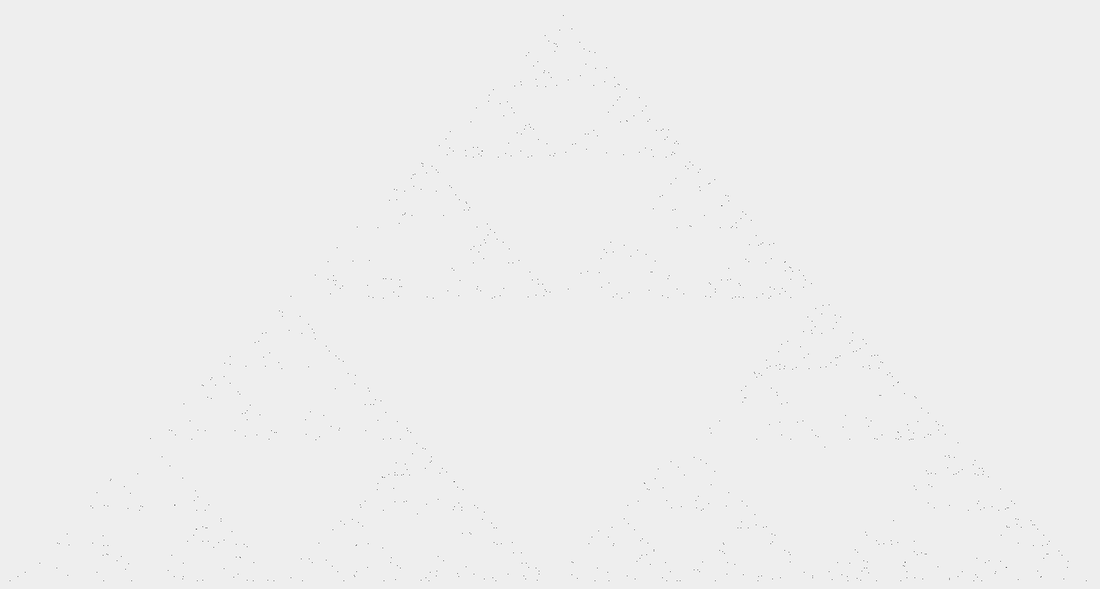 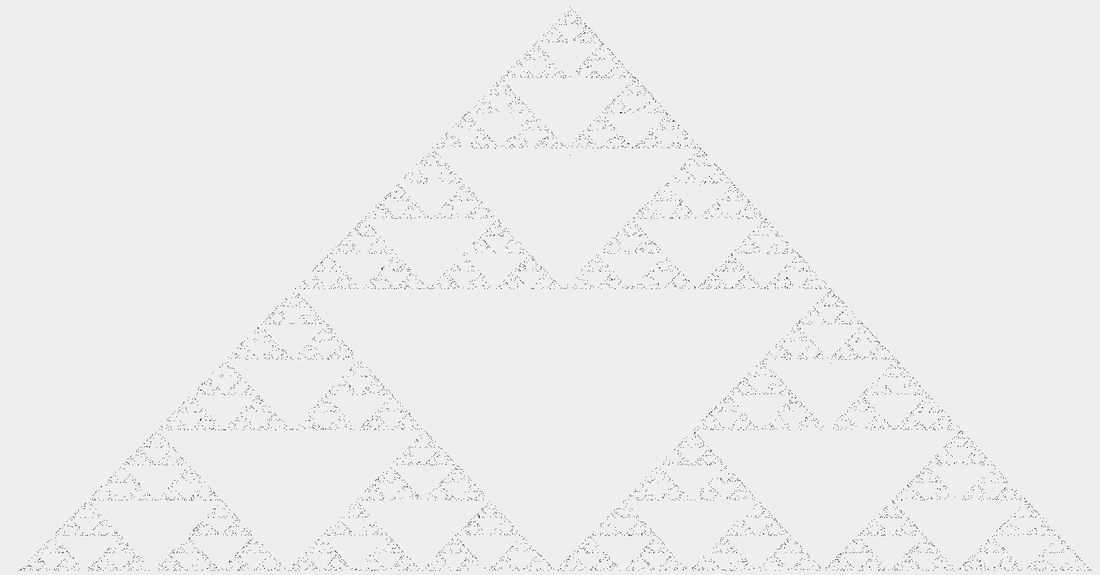 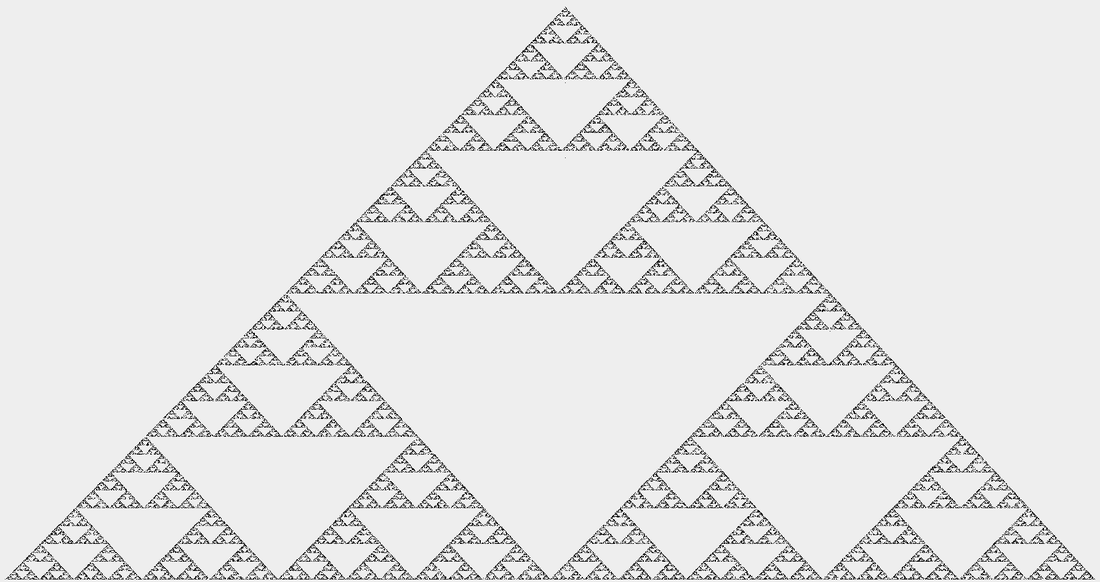 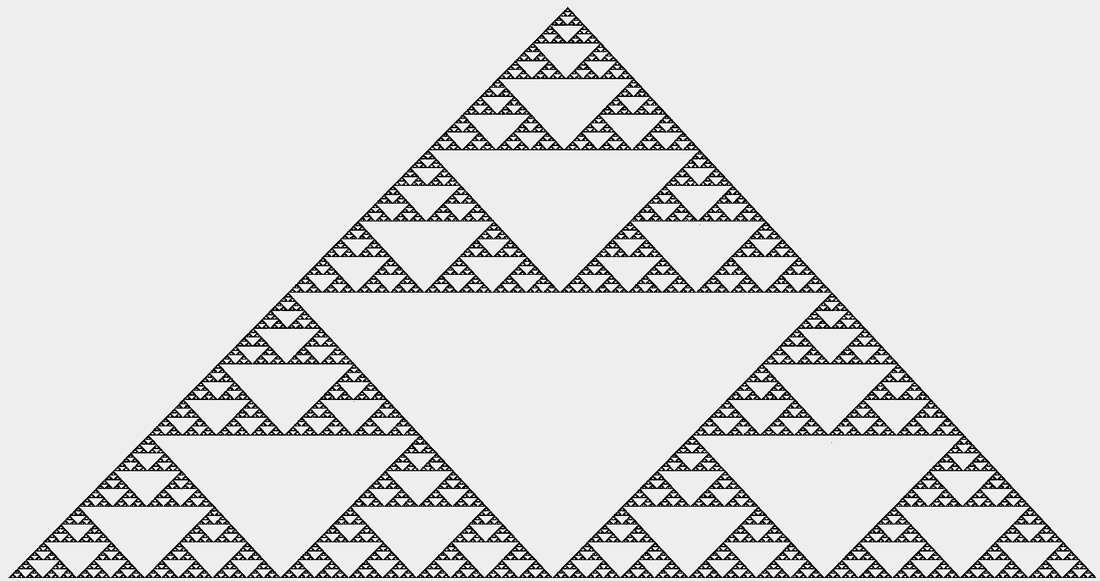 I'm sure you can already see this algorithm works, but how?

Suppose we start with a point somewhere in the middle of the largest white (removed) triangle in the Sierpinski triangle. Where does this point move after one roll of the die? In the picture below, we see that this point hops into one of the three next-smaller triangles, since these triangles represent all points that are half the distance to the three vertices from points in the largest removed triangle. After one more iteration, this point then moves to the next smaller-sized triangle. And so forth. 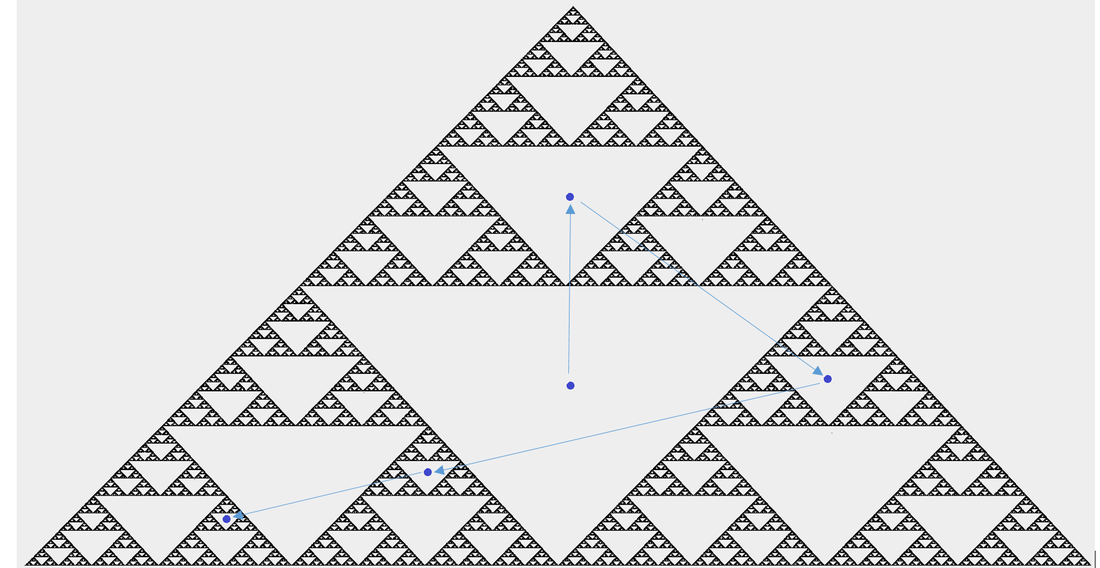 Not that particularly exciting in my opinion... 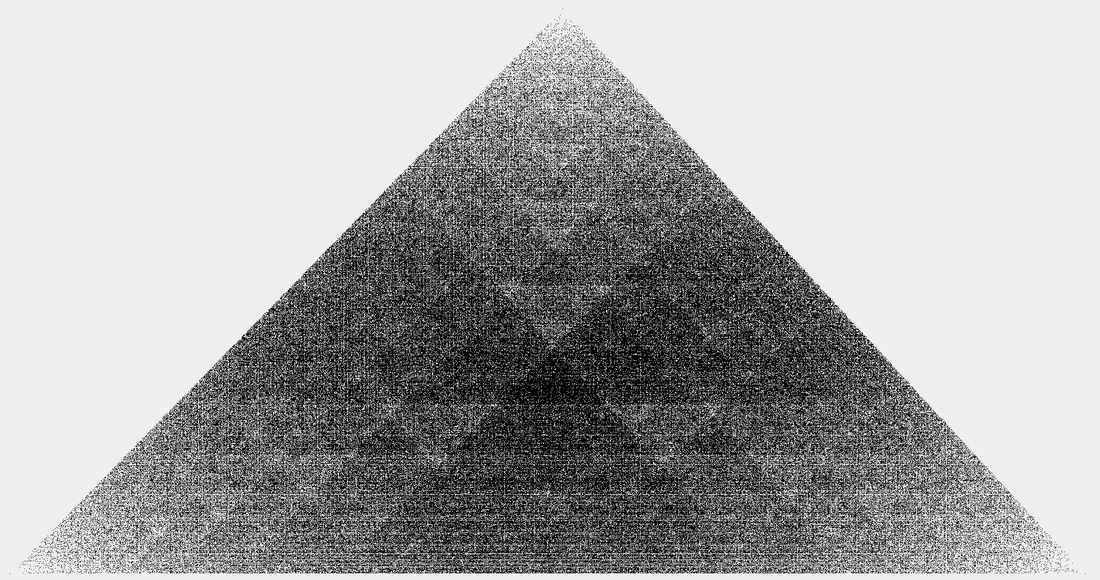 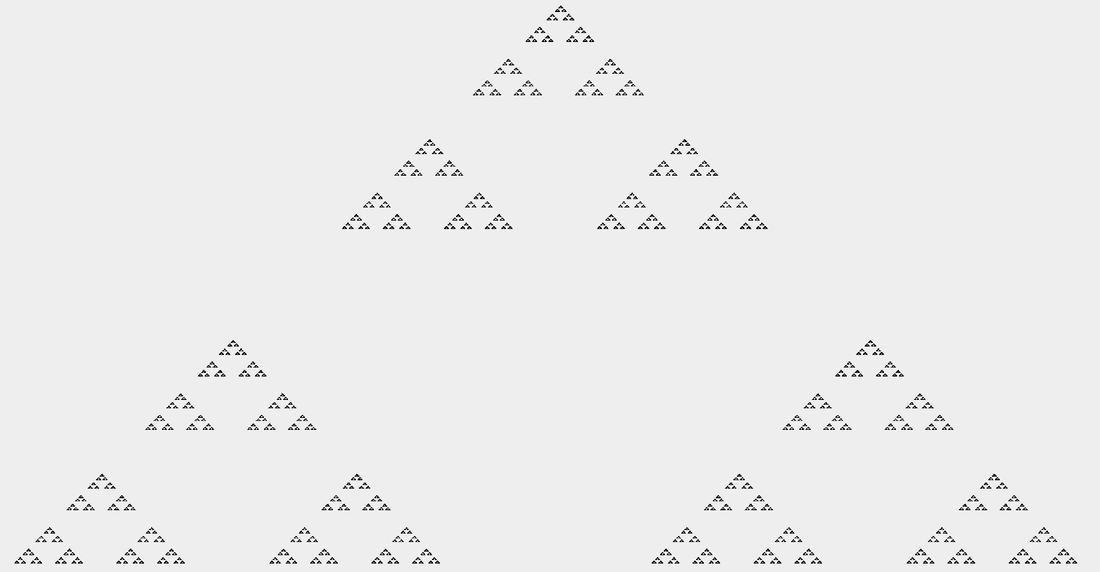 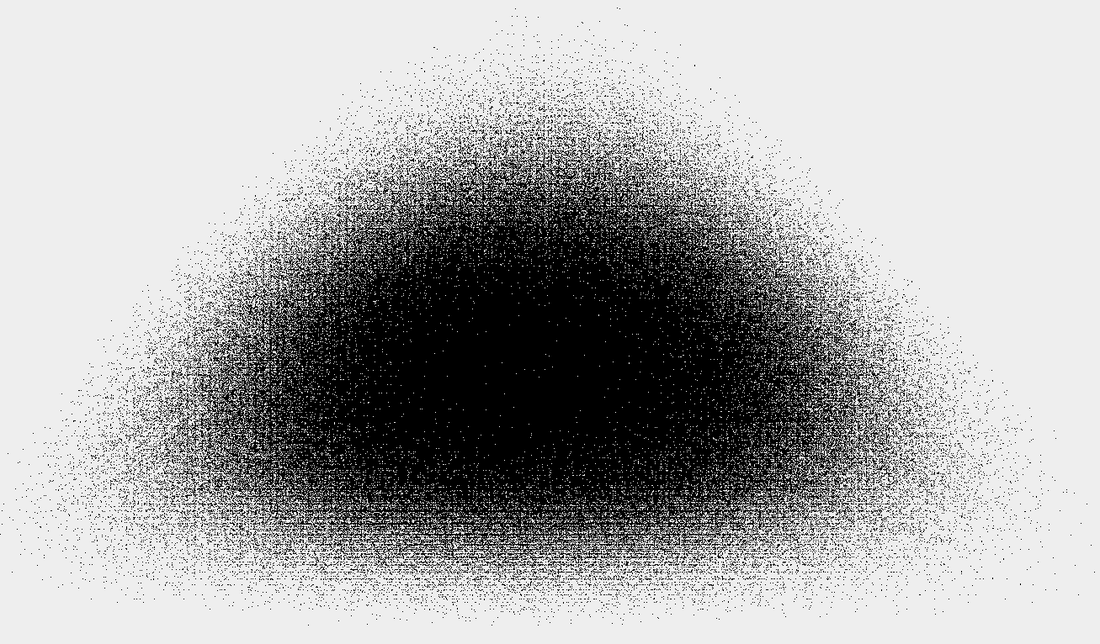 Now that's what I call exciting! 0.001 can almost be abstract art if you ask me.
Haha, just kidding, 0.001 should actually approach a single point, the line you see is caused by the computer's round-off error.
Note that all the above pictures are based on "how far the current point travels". If we base our algorithm on how far the point is from the origin and calculate from there, we should get different results. (For 0.5 we'd still get the Sierpinski Triangle, of course) 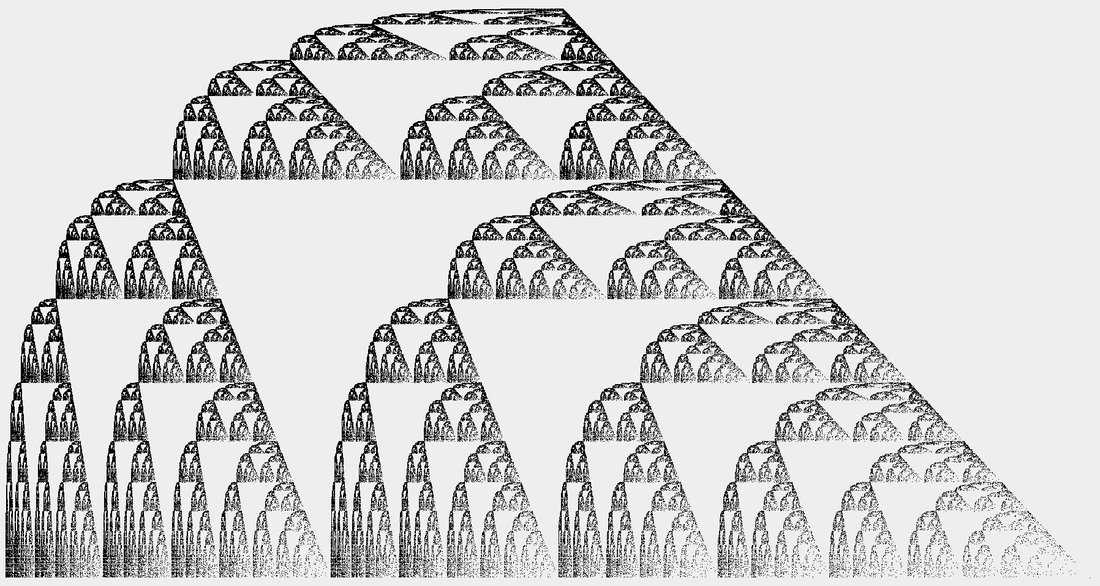 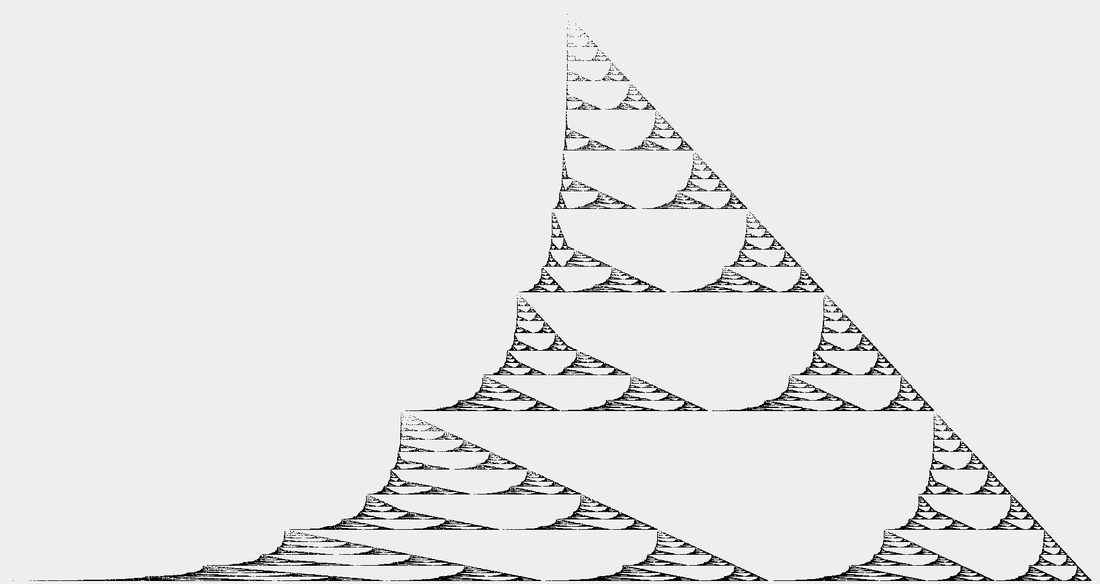 Isn't that fun? I think I should stop here; have fun with your triangles!
Last updated: 7 May 2015