This was actually my friend Kevin and my final project for my first year programming class I took in High School. Nothing special here; just that the paddles are movable in two-dimensions instead of just one-dimension, and that each time a paddle misses a ball, twice the amount of balls would spawn on screen.

There're some neat things I'd like to talk about though: 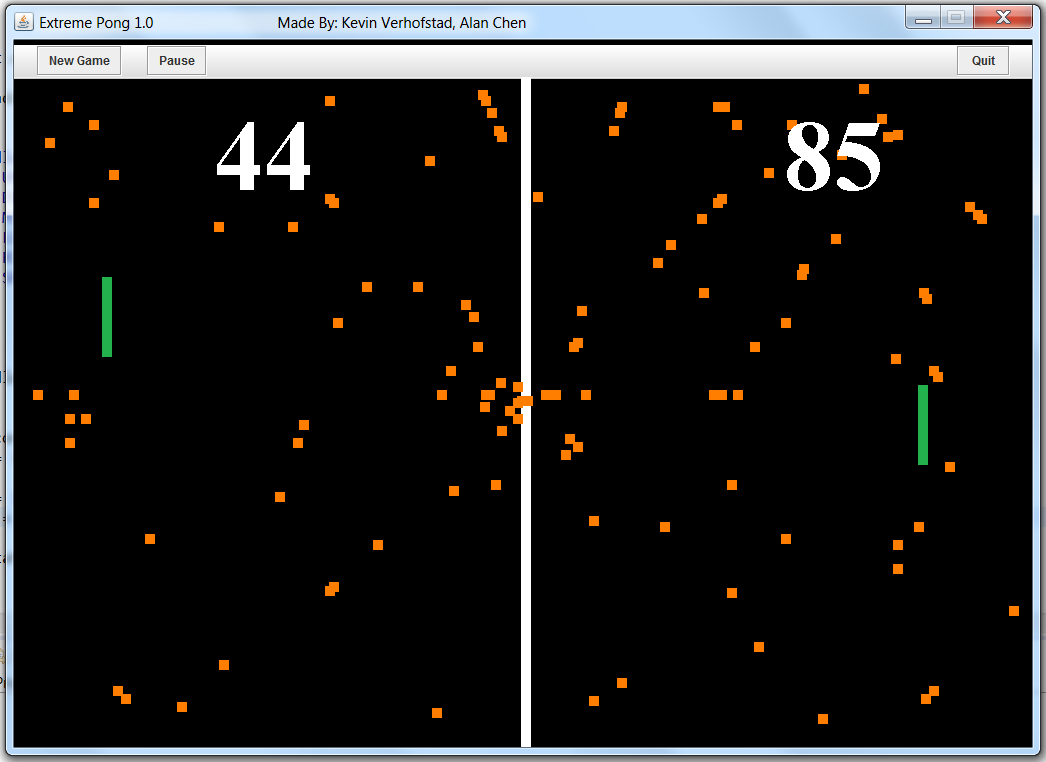